Back in August our friends, Nick & Susy approached us and asked us to take their engagement photos. We were honored and, of course, happy to help them out.

We met up with Nick & Susy on a rainy Sunday in August in downtown Washington D.C. where we took a few shots around the mall and then made our way over to the National Gallery of Art to do a few indoor shots.

This was our first project on a more “professional” level considering an engagement session is a pretty big deal for all parties involved. We were a little nervous at first but it pretty quickly turned into a rather fun shoot.

Amanda and I learned a lot working together picking up on each others strengths and trying to leverage them. For instance, she’s more creative and I’m more technical. I can tell you that at ISO 100 at f/9 and a 1/100th of a second shutter speed you’re going to be under- (or maybe over-) exposed and tell you how to fix it. What I can’t always tell you is “is this framing better than this framing?” or the like. I need time to soak in a shot before I can point out what is aesthetically wrong with it, while I can tell you technically what’s wrong immediately, though I am getting faster.

Anyhow, here are some of our favorites from the day… 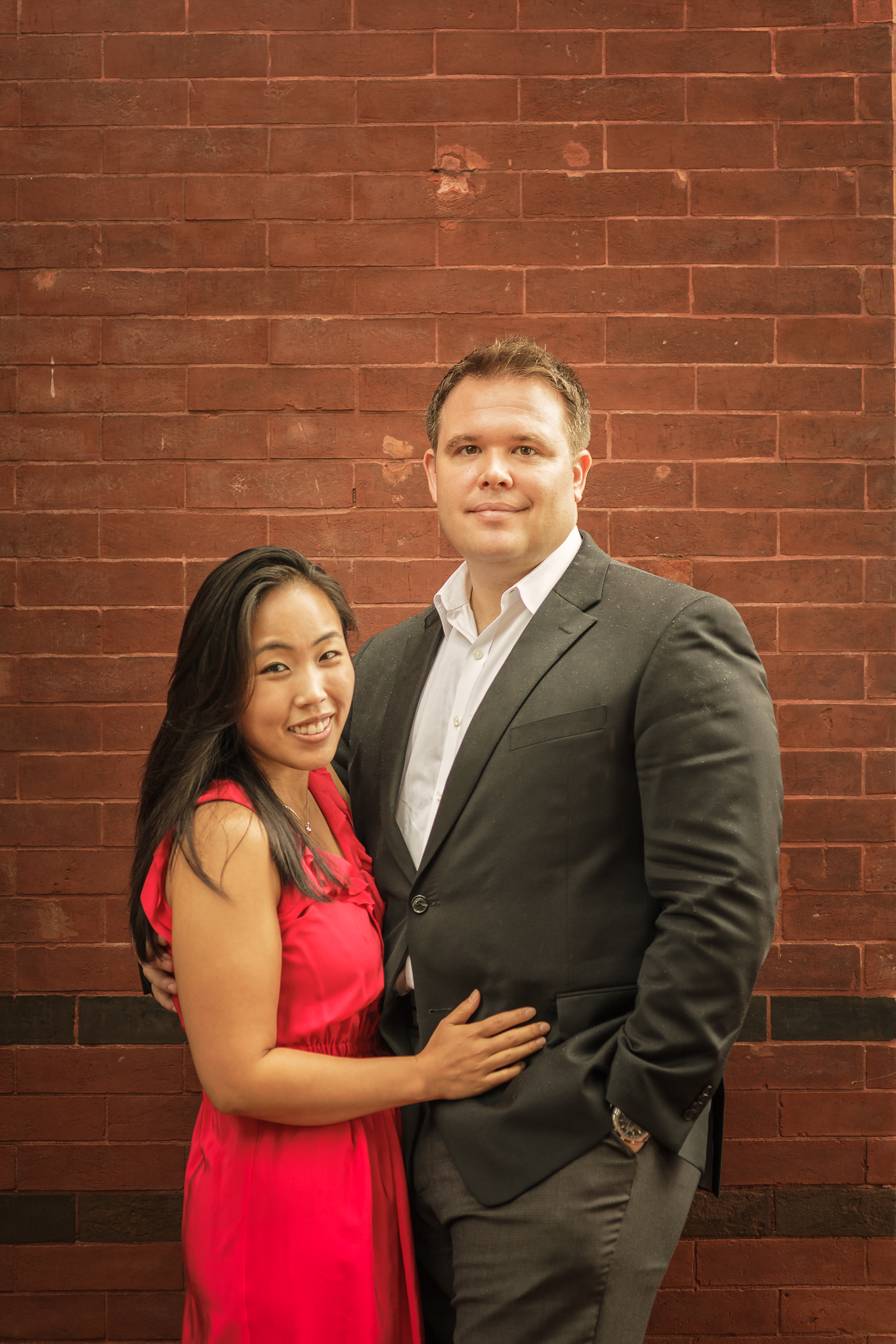 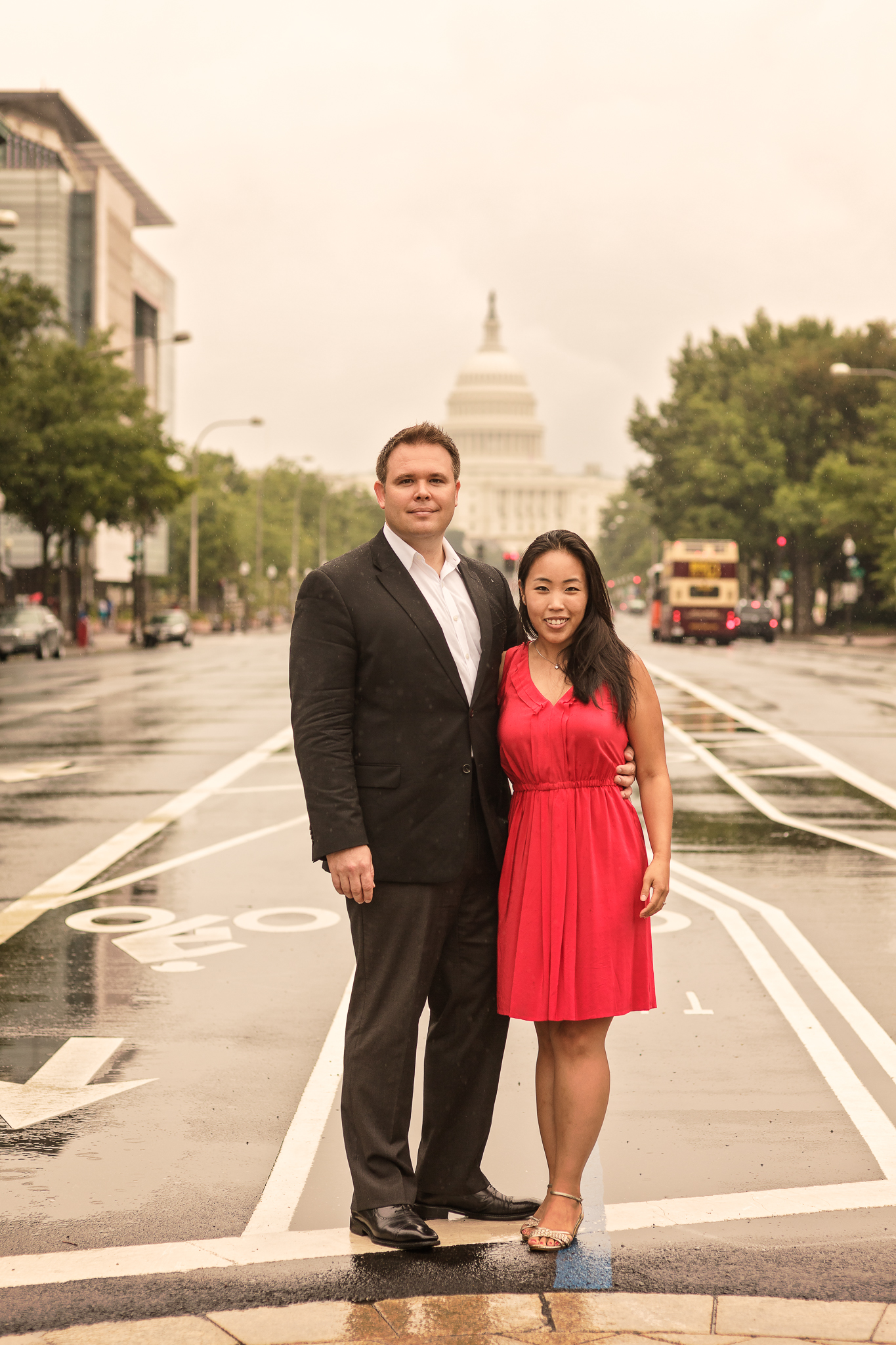 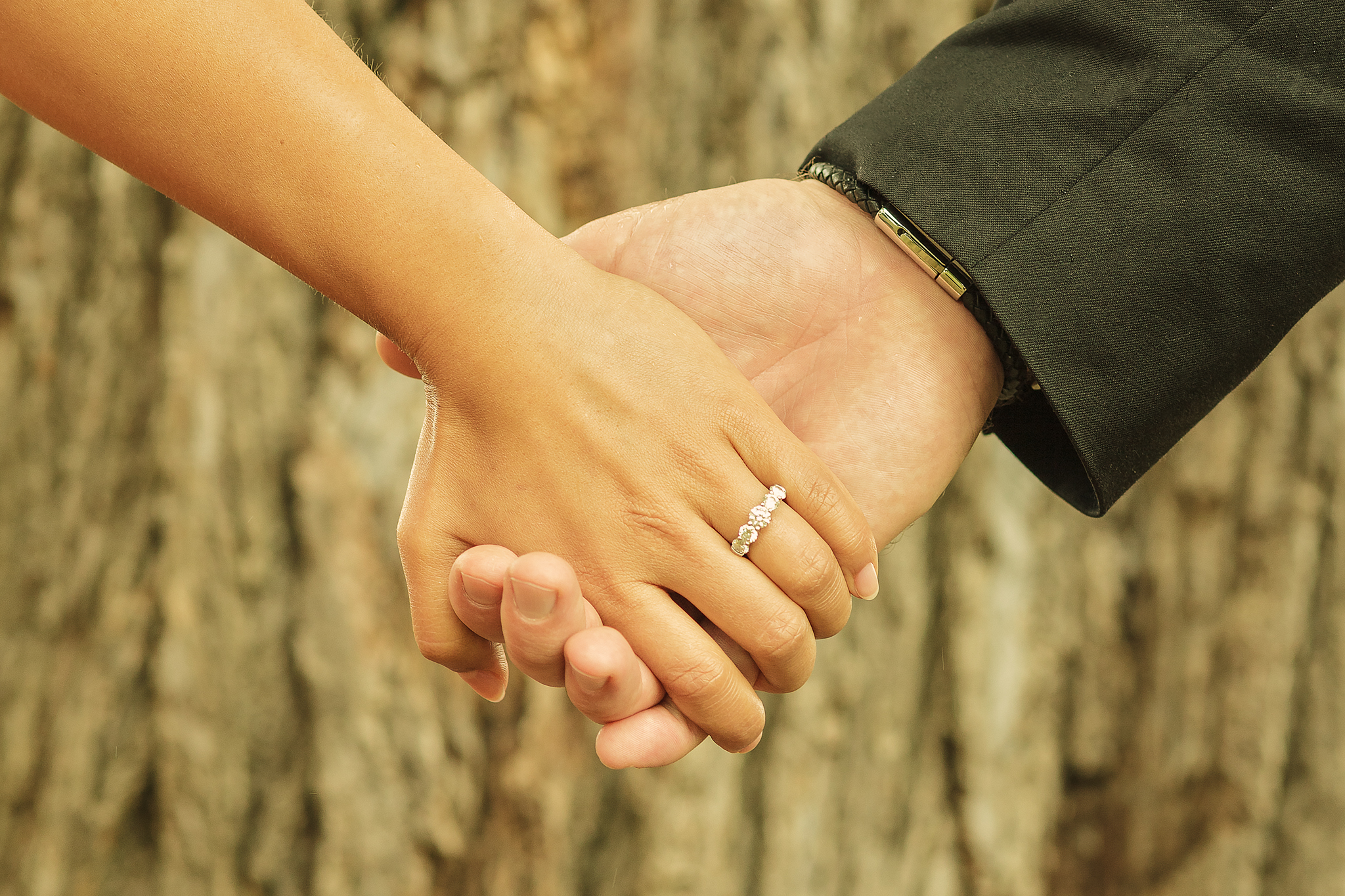 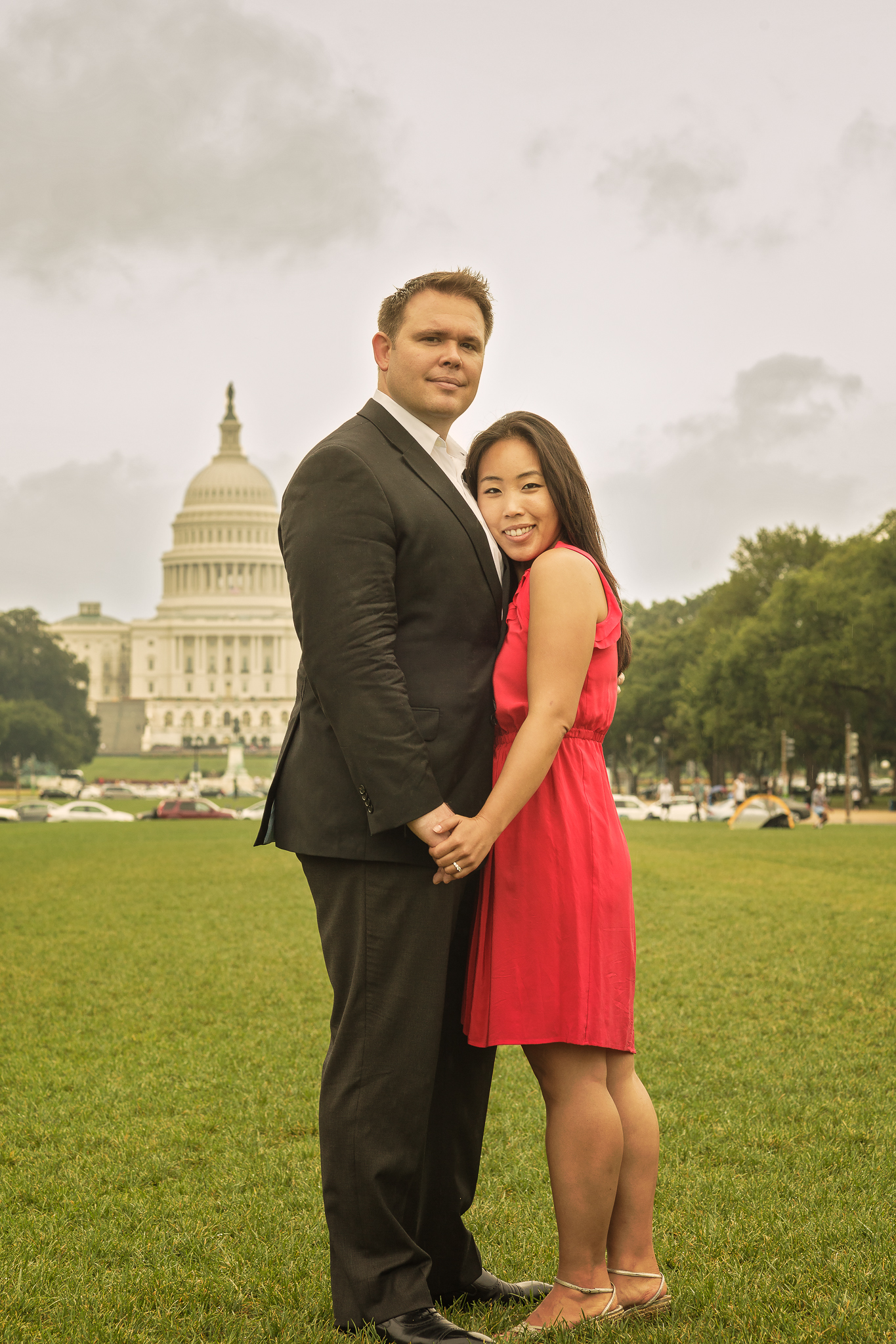 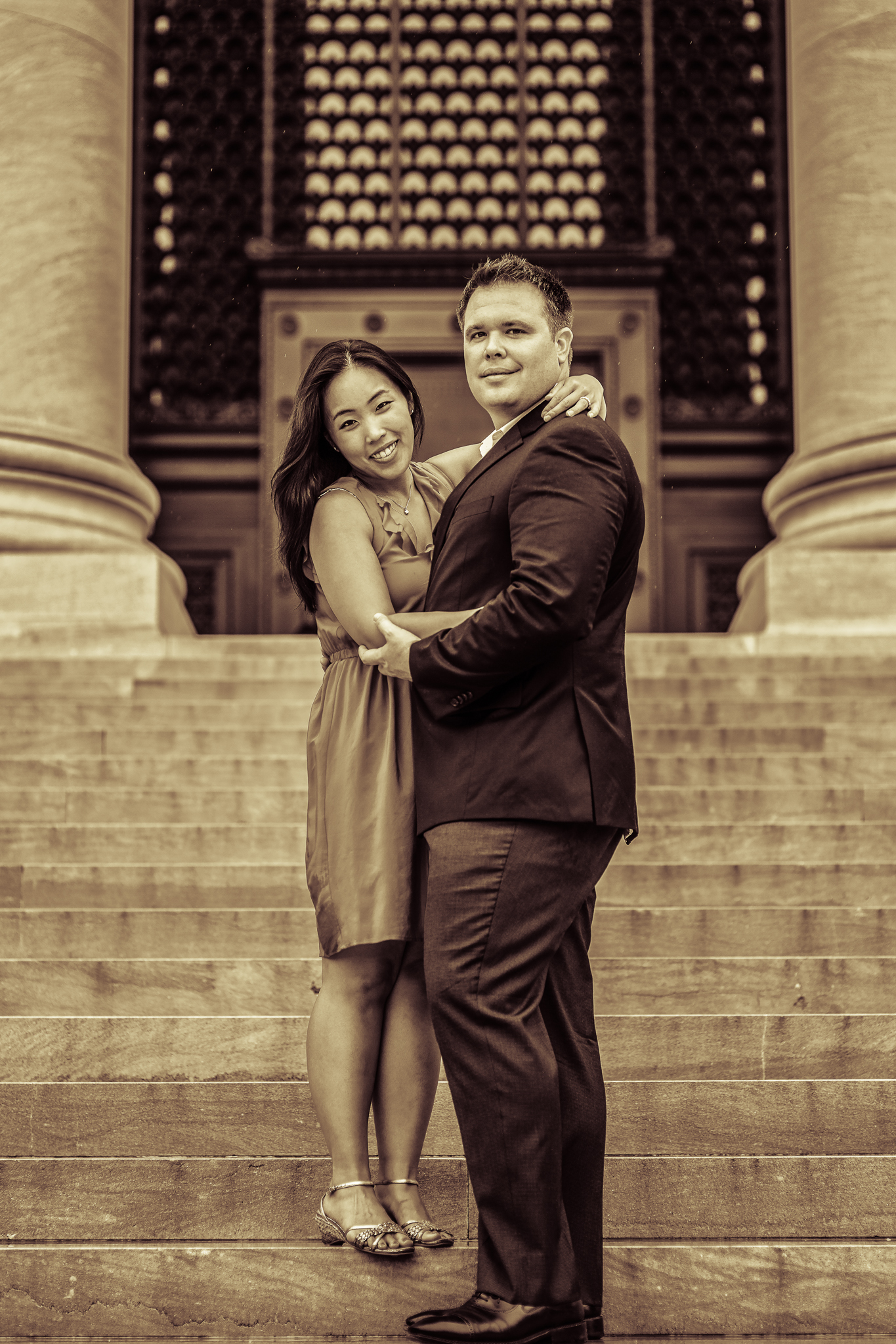 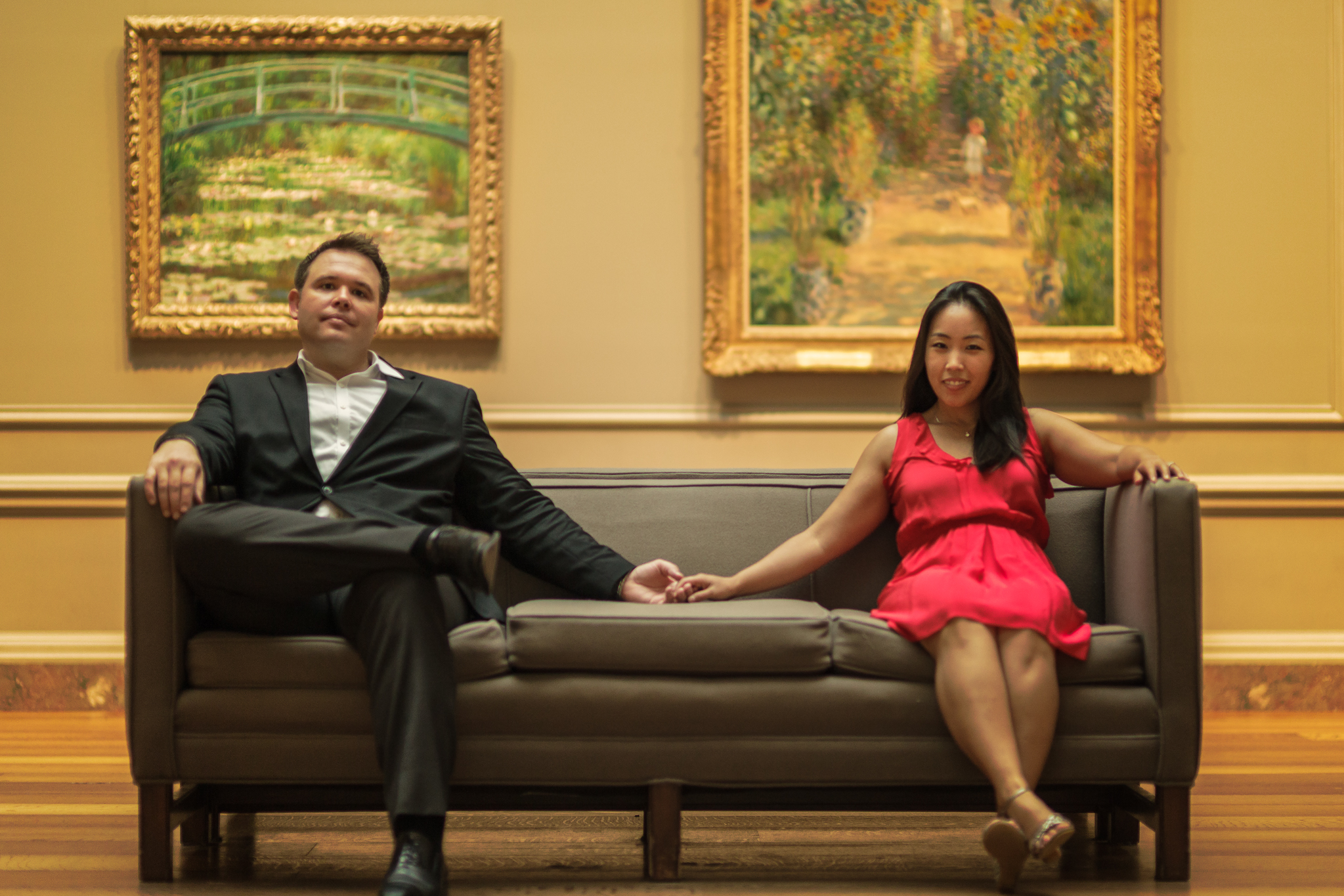 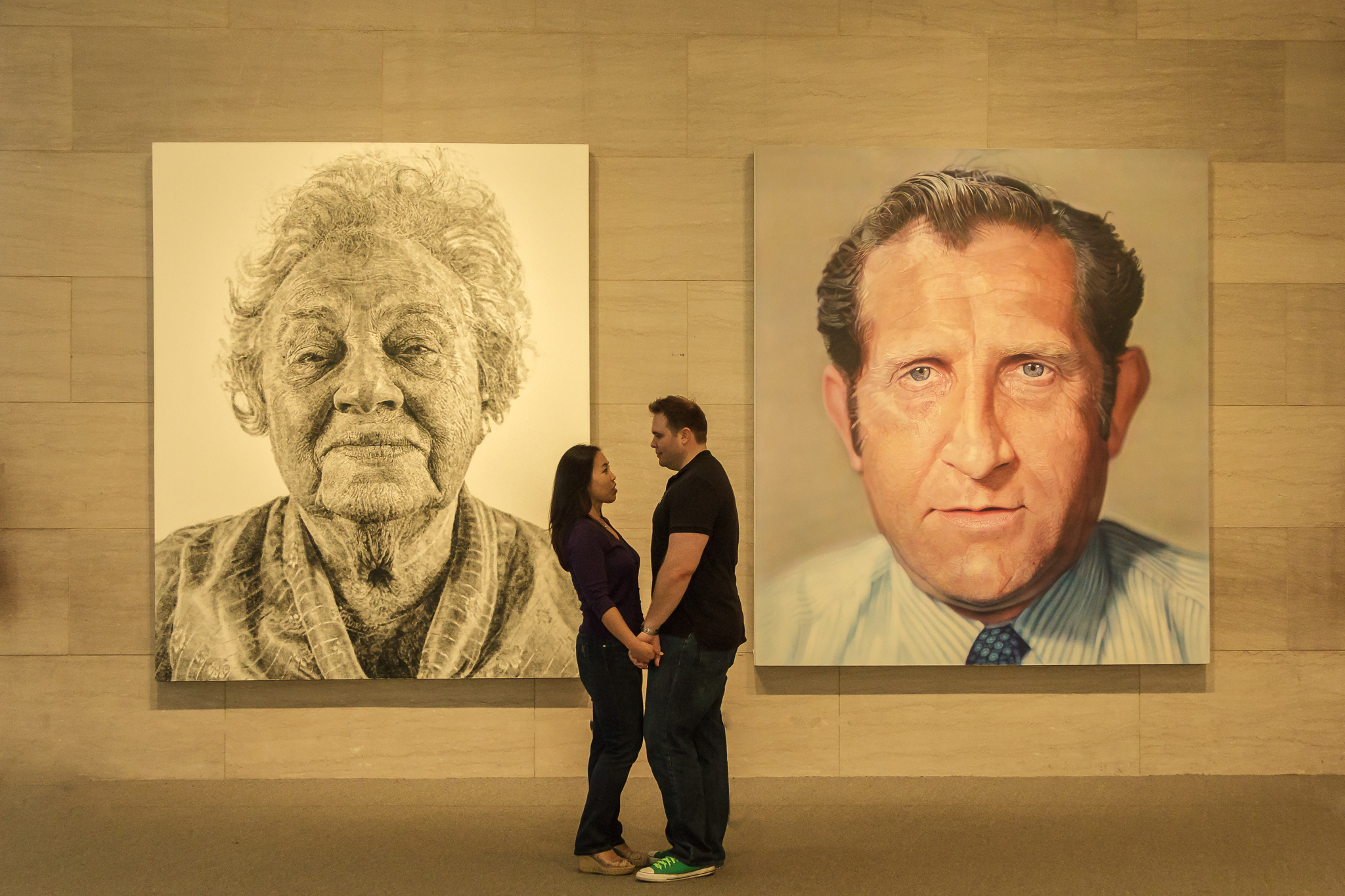 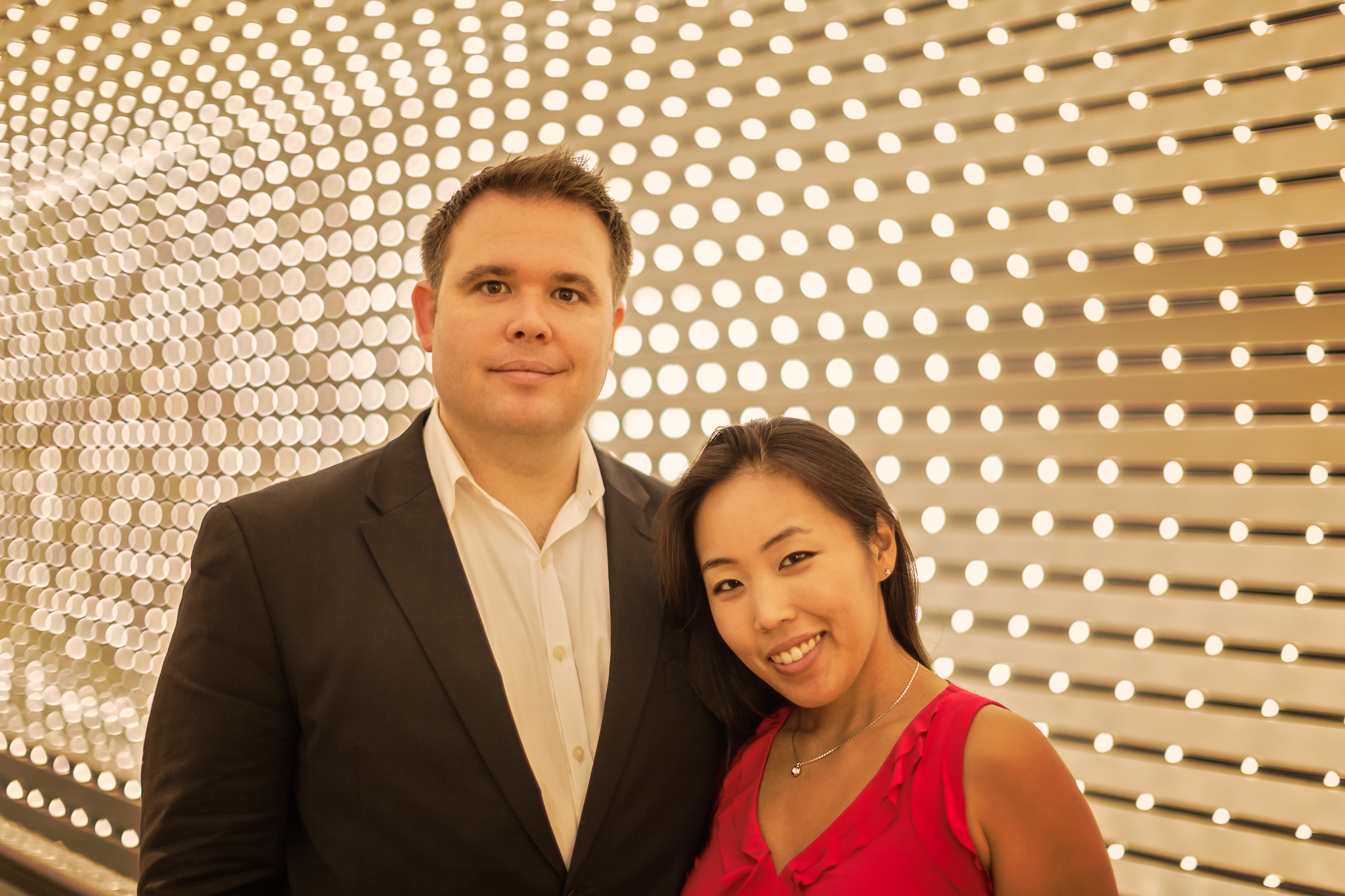 After a day around the district the four of us concluded the day with dinner and a couple drinks at a nice German Biergarten. During the course of the meal, Amanda and I presented Nick & Susy with a questionable wedding gift. We offered to spend their wedding day capturing the moments so we could make a video for them, that is if they were interested. To my amazement, they were excited we offered to put our skills to the test.

On the day of the wedding we arrived early in Old Town Alexandria and before we met up with the bride and groom we spent the morning walking around filming the sights and sounds of a busy farmers market across the street from the bridal party hotel.

This was a nice way to start the day and grab some perfect filler material for the video.

Once we were caffeinated and filled up on market treats we met up with Nick & Susy in the bridal suite where Amanda spent the morning with Susy and I with Nick (and their assorted wedding party).

After the morning primp sessions were over, we dutifully followed our respective party to the ceremony and reception.

I then spent three months (yes, three months) editing an 8 minute video. To be fair it started off as about seven hours of raw footage, but I learned a lot about the complexities of video editing (that’s not to say I don’t have more to learn…a lot more) but it was a fun project and it was absolutely awesome that Nick & Susy were so willing to let us into their day like that.

At any rate, here’s the video, they’re a wonderful couple and we wish them the best of luck and a heartfelt congratulations!